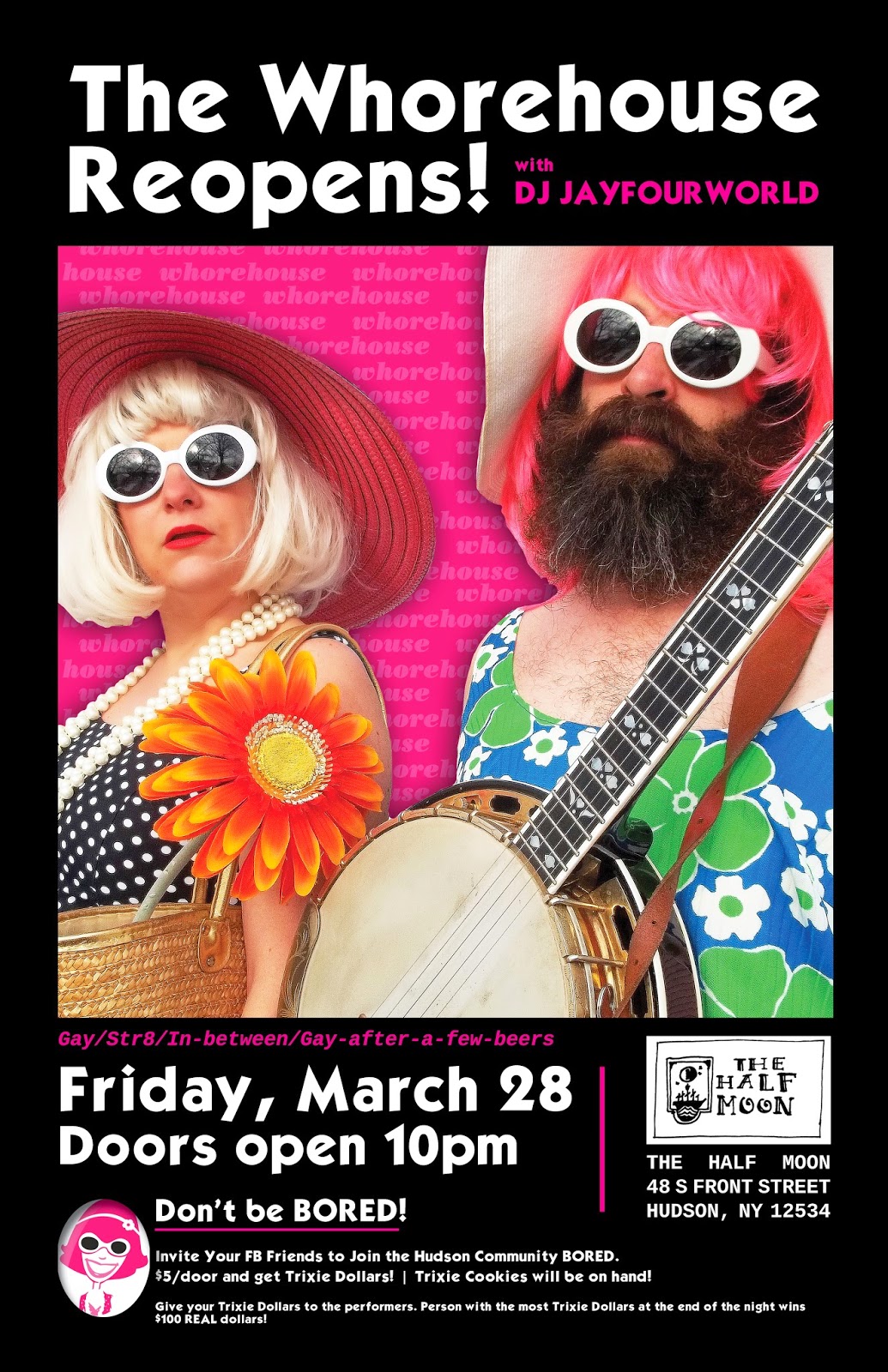 Posted by Trixie at 7:42 AM No comments:

When Tom and Trixie did a Christmas Show together.... 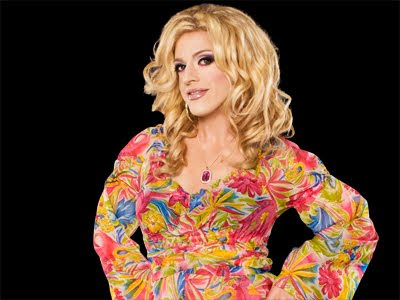 Last night, I was at Rocks in Albany, watching about a dozen drag queens dance and lip sync on a stage, while the crowd went wild.

There was one drag queen, Pandora Boxx from Ru Paul's Drag Race (which is a show I don't watch, so I have no idea...)

There was lots of dance music, and the 'gurls' were doing high kicks into the audience.....and a friend turned to me and said, "I can't really see Trixie doing that..." 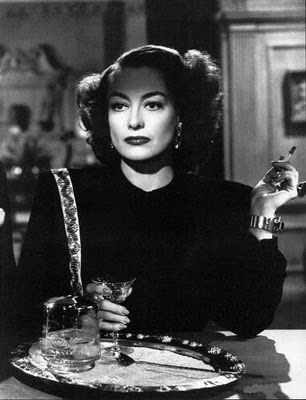 I understand that that is what people want from drag queens - high energy, dancing, high kicks, fake singing, tons of makeup - and I'm very happy that there are plenty of drag queens who do that, and provide that level of entertainment.

I told my friend, "I would feel much more comfortable explaining the concept of financial derivatives in drag than lip-syncing to Lady Gaga." 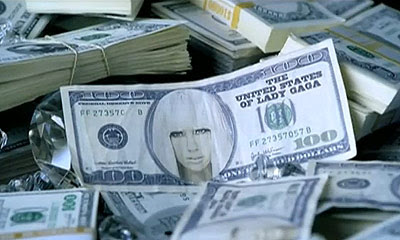 This is a blog post I've had in my head for a while, a couple of years now. Since that whole Greece thing happened. 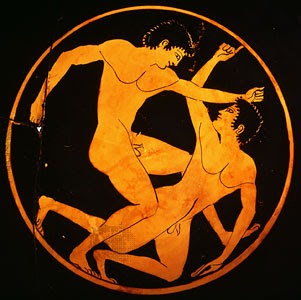 America has this concept that derivatives are bad, and that they caused the last market downturn.

The economy went down, because, well, it kinda needed to....and a more stringent financial future lies ahead.

Derivatives are not necessarily the CAUSE of bad and evil, they are just another way to trade...how people TRADE, well, that's the issue....

A derivative means that you are not trading the actual THING, or asset - you are trading something else, that's RELATED TO or DERIVED FROM that asset.

For instance - and I'm going to use real estate as an example....why? Because gay people understand real estate.... 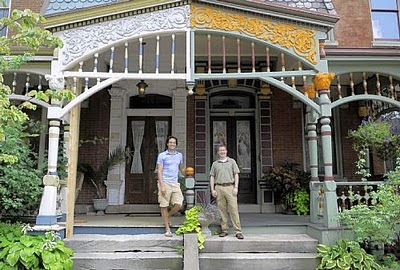 And, they have the same mortgage amounts on their houses......$100,000 each. They both LOVE their house, and they LOVE living in Hudson - as we all do.

They both have 15 years left on their mortgage.

The question is, 'Who will pay more in interest in the next 15 years?'

Oh, it's a trick question.

The floating rate adjusts every six months, so who knows where it's going to be years from now.

Now, this is where the FUN starts!!!

The family in House A with with the floating rate of interest - they are optimists! They believe in the US economy!! The US will get out of its current malaise, the economy will boom and interest rates will naturally go up. House A has the floating rate, which they know will go up. They wish they had the fixed rate.

The family in House B, with the fixed rate, they're pessimists....they believe that the US is the next Japan. We are destined for a stagnant economy. The Fed (the US Federal Reserve Bank), in order to help boost lending and borrowing, and potential growth, will lower the Fed Funds Rate, keeping interest rates low....even lower than now. House B has the fixed rate, which they know will go down. They wish they had a better deal and got the floating rate.

They love their individual houses, they are not going to move.....but they both hate their mortgage interest rates.

And they HATE those stupid fees and everything that's involved in refinancing....so, that's not an option. ("Options" I'll save for a later time....I can't give out all the fun at once.)

Trixie steps in with an idea.

Since you both have the same principal left on your mortgages, and you each want the other's mortgage interest rate, why don't you just exchange mortgage payments, not houses! This way, you don't have to move....

That's what they do.

They both agree that each will pay the other's mortgage payments for the next 15 years. They are not moving, or even changing mortgages.

They will still own and live in their individual houses.

This is a derivative deal.

The underlying assets, or houses, are not being exchanged, nor the mortgages themselves - just the mortgage payments.

They are swapping mortgage interest rates. This is known as an 'Interest Rate Swap' - the most common derivative.

With derivatives, there's no stock or house or asset or anything that's being exchanged....just the interest rates....the 'trade' itself is the agreement to pay the other's interest. The 'trade' is 'derived' from some other asset - in this case the houses.

Or, I'm sure by now, many of you would rather I just lip-sync'd.

For all information, visit:

The next Parade Committee meeting is:

Posted by Trixie at 7:56 AM No comments:

Hudson’s own opera company, Diamond Opera Theater, in association with Hudson Opera House, will present Holiday music, both classical and modern, on Saturday, December 10, at 5:00p.m. at Christ Church Episcopal. Artistic Director Mary Deyerle Hack has assembled an all-star cast of singers and instrumentalists to celebrate the season in style.

Mary, a mezzo-soprano, will be joined by two sopranos, April Fisher and Allison Sniffin, for Benjamin Britten’s Ceremony of Carols in its original setting with harp accompaniment, followed by solos, duets and trios featuring different combinations of singers and instruments. Cynthia Powell, who has been featured in several of Diamond Opera’s Art of Song programs at Hudson Opera House, is musical director and pianist for the group. In Manhattan, Cynthia is conductor of both the Stonewall Chorale and Melodia Women’s Choir.

The harpist will be Rita Costanzi. Soprano April Fisher will perform in pieces by composers from Bach to Max Reger. Triple-threat musician Allison Sniffin (a composer and instrumentalist as well as a singer) has also performed with Diamond Opera and may play the viola or piano with some of the songs. The program will end with a Columbia County-specific carol, never heard before!

The concert is a benefit for Diamond Opera Theater. Admission is $10 for adults, $5 for children 12 and Under, payable at the door. A reception to meet the artists will follow in the Parish Hall.
HOLIDAY MUSIC PROGRAM 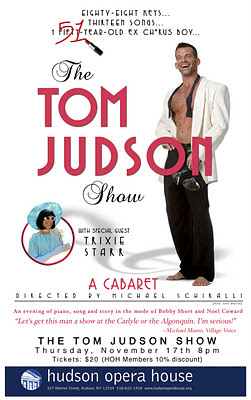 
THE FIRST 25 PEOPLE TO PURCHASE TICKETS GET VIP SEATING!

After premiering his new show in New York City and performing all summer long in Provincetown, Tom Judson brings his new solo cabaret act, "The Tom Judson Show", to Hudson for a one-night-only special performance to celebrate his fifty-first birthday. Getting back to his musician roots, Tom's new show is reminiscent of the sparkling entertainments that were once found at every smart supper club in Manhattan. Utilizing the skills that landed him on Broadway, Tom croons at the piano in a vintage tuxedo and sings an eclectic selection of songs from well known standards to some surprising obscure gems. And he peppers the musical selections with anecdotes and stories about some of the celebrities he's crossed paths with during his career.


"The Tom Judson Show" is an evening of song and story so entrancing that Michael Musto writing in the Village Voice insisted, “Let's get this man a show at the Carlyle Or the Algonquin. I'm serious!”


THE FIRST 25 PEOPLE TO PURCHASE TICKETS GET VIP SEATING!

At Tom's request, and to promote the intimate nature of the evening, VIP seating will be set up surrounding the piano à la an exclusive penthouse soirée. There will be no extra charge for these seats, but this special offer will be strictly limited to the first 25 tickets sold. 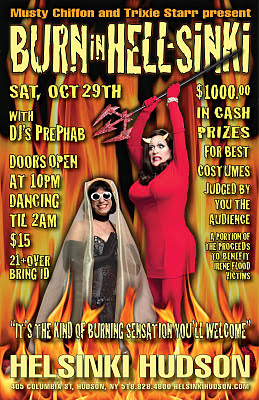 Posted by Trixie at 9:11 AM No comments:

Hudson Pride Foundation.org
Posted by Trixie at 4:54 PM No comments:

Available for events throughout the Hudson Valley, (and if you include travel expenses) beyond!